More than 100,000 Canadians soldiers have died in various conflicts since 1899, including:
Today marks the 90th anniversary of the end of the First World War, which ended at the 11th hour of the 11th day of the 11th month in 1918. 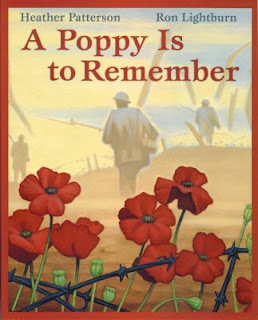 In Flanders fields the poppies blow
Between the crosses row on row,
That mark our place; and in the sky
The larks, still bravely singing, fly
Scarce heard amid the guns below.

We are the Dead. Short days ago
We lived, felt dawn, saw sunset glow,
Loved and were loved, and now we lie
In Flanders fields.

Take up our quarrel with the foe:
To you from failing hands we throw
The torch; be yours to hold it high.
If ye break faith with us who die
We shall not sleep, though poppies grow
In Flanders fields.

This poem by Lieutenant Colonel John McCrae, a Canadian doctor, was written on May 3, 1915 as he was on the battlefield at Ypres, Belgium. It's the reason we wear poppies.
Posted by Ali at 05:55 1 comment:

So if I die don't judge me
I will not judge you
And if I die, please accept it
I would die for you

Since I left for college, every year at this time I wish I was at home. I'm not homesick (although I do long to see my beloved mountains again and to enjoy some real cold weather), I simply miss celebrating Remembrance Day. In Canada, Nov. 11 is a federal holiday and, until college interfered, I always attended the annual Remembrance Day ceremony. Now, residing in the States during the school year, I've realized that I really miss Remembrance Day. Down here it seems like nobody cares about the significance of Nov. 11. Veteran's Day sales seem to have become more important than using the day to remember those who lost their lives. So this year, instead of being home and going to the Remembrance Day ceremony at Kelowna's City Park, I'll do the same thing that I've done since Nov. 2003...get out my red poppy lapel pin and wear it on my backpack for the next week. It's the least I can do to honour the soldiers who fought and died for my country. 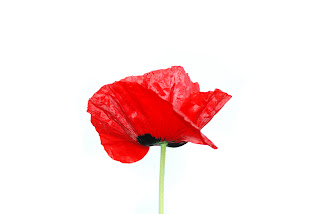