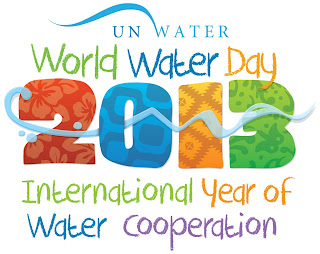 Nearly two years ago I took an eye-opening overnight trip to a gorgeous area of Tanzania with my friend, Kezia. When we got off the bus in Babati, our friend, Darren, the project manager of the water project we were visiting, met us and took us for a quick meal of rice and beans at a small nearby restaurant. As soon as lunch was finished, we were whisked away up into the hill to witness a life drastically different from our own. A life so different, even, from the one we lived at the ADRA Tanzania campus, which boasted running water, sometimes-warm showers, and even wireless Internet.

Up in the hills surrounding Babati we saw newly-built latrine blocks and wells. We also saw people whose lives had just gotten easier because they could now just walk to the nearby well and pump their own water instead of having to go to a stream for their daily supply. We saw children racing to see who could get to the well first, and laughing as they worked together to make the pump work. We watched women and children joyfully lug their overflowing buckets of water back to their thatch-roof houses. And we realized how truly blessed we are in our first-world countries.


Gabo demonstrated a mistake with the wall surrounding the well

I am so grateful that I had the chance to go on that two-day trip and experience a new part of Tanzania, experience what life would be like without indoor plumbing, experience what life would be like without fresh water to drink or a clean place to go to the washroom. I will never forget the beautiful rolling green hills surrounding Babati, but even more than that, I will never forget the experience of seeing just how much fresh, clean drinking water can change lives and make people so happy.


Find out more information about World Water Day and learn how you can help villages like the ones near Babati.
See what ADRA's Beyond the 5 campaign is doing to help people around the world get clean water.

To see more pictures of my trip to Babati, visit my Tanzania mission blog.
Posted by Ali at 20:00 2 comments:

Phew, it's done!!! I completed my immigration interview and my visa was approved! So much has happened since my last post. Last Monday Jonathan and I drove up to Montreal. The next afternoon we walked to the building where I had my medical exam. For the two-and-a-half hours that I was in the office, most of that time was spent sitting in the waiting room. The exam was much less scary than I thought it would be (quite a bit less intense than the medical exam Jonathan and I had to have when we first got to Korea). I just had to do a quick visit with the doctor, get chest x-rays, and see the nurse, which included getting weighed, measured, having a quick eye exam, getting a blood test, and getting a flu shot (required for all people immigrating into the U.S. apparently). All of those things could have been done in about 45 minutes, but I had to go back to the waiting area between each thing. Finally I was allowed to leave, though, and it was quite relieving to have that all over with, especially the blood test.

That evening we drove to Ottawa and stayed with my older sister, Becky, who lives there. We had a great time visiting with her and seeing some things in Ottawa that we hadn't seen before, including going to a maple syrup farm! Fun! Friday the three of us zipped back to Montreal to pick up my medical results and do a bit of tourist stuff (a whole story in itself - we had quite a crazy day!) before coming back to Ottawa for the weekend. Sunday Jonathan and I drove back to Montreal and that evening I did just a little bit of freaking out about my interview. I spent about an hour looking through all the papers that I had printed out to bring to the interview with me, and reading the interview advice on the U.S. immigration website. Finally I went to bed and dreamed some pretty crazy dreams.

Monday morning we were up bright and early, checked out of our hotel, took our stuff to leave in our car in underground parking, and walked to the U.S. consulate. Jonathan had to wait outside since he had a backpack (a no-no to bring inside the building, even though I saw quite a few ladies with large purses and diaper bags once inside...). Jonathan found a warm lobby to sit in across the street, and I went inside the building. Guess what I did for most of the two-and-a-half hours I was inside the consulate? Yep, that's right, sit and wait. When my number was called, I went to a booth and gave the lady the papers she asked for (not nearly as many as I was told to print out and bring). Then I sat and waited for more than an hour before my number was called again for the interview. The lady I talked to there asked me only a few questions (where Jonathan lived, what he did, his major, how we met, and when our wedding was). Then after typing for a couple minutes and handing me back my original birth certificate and our original marriage certificate, she told me my visa was approved and I was free to go. Wow, I was so surprised that that was all there was to the interview! Happily I left to join Jonathan outside.

We did a quick walking-tour of Vieux Montreal (Old Montreal) and the Vieux Port (Old Port) area before heading back to our car and leaving downtown. Jonathan dropped me off at the Pierre Elliot Trudeau Airport and we said goodbye until I get my passport back with my U.S. visa stamped in it. I'm now waiting in the airport for my flight west to BC to visit my family for a few weeks. All in all, everything worked out great and I'm so happy it's over and we're nearing the end of this whole immigration process!
Posted by Ali at 14:03 No comments:

The day Jonathan and I have been waiting for since our papers got submitted in October 2011 has almost arrived. Tomorrow we'll be driving up to Montreal. On Tuesday I get my immigration medical exam done. Friday I can go pick up the results. And Monday, March 11 (the day after my sister's birthday - happy almost birthday, Bryn), I have my U.S. immigration interview.

Last Friday our lawyer called to go over last minute things and remind me to make sure to have all the papers I needed printed out or photocopied. She also gave me a mock interview and asked me about 30 or 40 possible questions. I found out that the real interview will probably last less than five minutes, I will only be asked 3-5 questions, and it will take place in a bank line-like setting (lots of people standing in line, waiting for the next available teller to be free). Wow, very different than what I was envisioning. I'm also very relived to know that I won't be in a room by myself with a scary immigration officer shouting all kinds of obscure questions at me (not like, say, the ending of The Proposal).

So with that knowledge, and the fact that I knew all the questions the lawyer asked me, I think I'll manage to get through the actual event. After the interview, all that will be left is to head home to BC for a couple weeks until my passport arrives by courier with the visa stamped in it. Then I'll fly back to the east, be reunited with Jonathan again (yay!), AND be able to move in my things that have been in storage at my mother's cousin's house since last August. Another few weeks or so after I re-enter the States and I should have my green card. Phew, I'll just be so glad when all of this is over!
Posted by Ali at 18:12 No comments: