A week ago, last Wednesday, after work, Tyler and I were able to explore the Okanagan Valley in a little different way; my Dad took us flying. Bryn had a dentist appointment and wasn't able to come, which was sad because it would have been awesome for all three of us to fly together. Even if she didn't have an prior arrangement though, one of us wouldn't have been able to come since the plane is a four-seater.

I guess I should explain a few things now. My Dad doesn't have his pilot's license yet. He started flying when we lived in Alberta more than 10 years ago, completed aviation ground school and got almost enough flight hours to actually get his license, but got caught up in business stuff when we moved back to BC. So he still hasn't taken his flight test which means he can't fly us around. All three of us kids got interested in flying when Dad started his training and Dad took us all to ground school in Kelowna when we were old enough. I did about 12 hours of flight training and Bryn and Ty did a few hours too, but we were already really busy with school work and music, so we never got too far with flying. We'd all love to complete our flight hours so we can get our pilot's license too someday, but for now we want to finish college first. Dad is more determined than ever to actually get his license now since he bought a half-share interest in one of his friend's plane. This friend and his family left Kelowna last September for Guyana where he is a missionary pilot. Another missionary family down there already had a plane, so he is using that plane and left his at home. My Dad is using the plane now as well as another guy that rents time from them. So now that you know about our family, the pilot-hopefuls, I can continue my story.

Dad wanted to go flying and take some of us kids up in the plane with him. Since he doesn't have his license he can't take us up without someone else who has a license so he asked the guy that rents plane-time if he'd fly us. With him, Dad, Ty and me, that was four people. Bryn will have to go up with Dad another time (and I hope I get to go again too!) for her first ride in the plane. The flight was a lot of fun even though we only had three head-sets. Ty said I could use the last pair and he went without. We flew all over our part of the valley and saw Crooked Lake up in the mountains where my uncle has a cabin. We go to the cabin to quad and canoe a few times a summer and it was awesome to see it from the air. We also flew over Big White Ski Resort where we ski and snowboard in the winter. Here are some pictures of our trip: 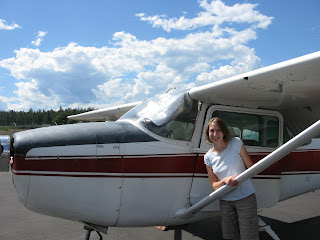 Before the flight in C-FIIX 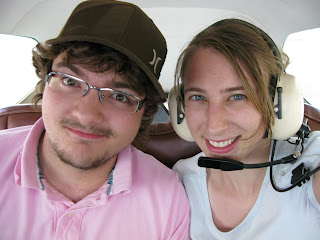 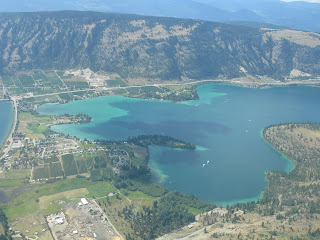 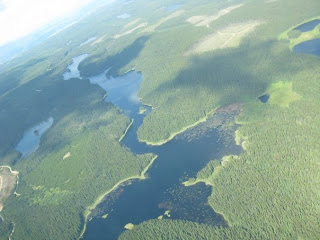 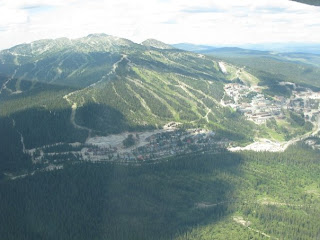 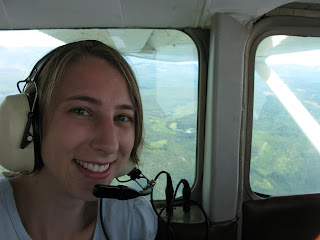 Enjoying the view from the plane 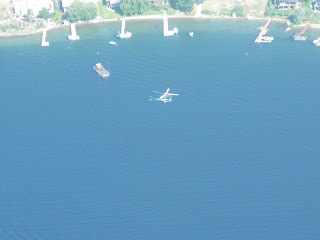 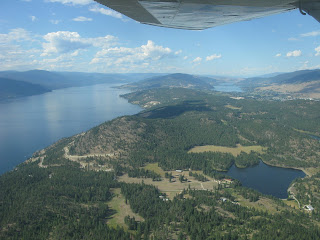 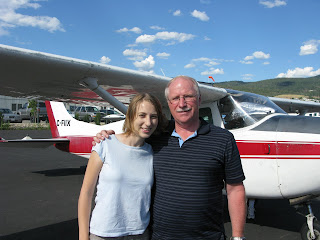