We plan to explore a lot of coastal Maine while we're in the area, so this is just the first of many expeditions, we hope!

The Saturday before last, Jonathan and I decided we wanted to see a little bit more of the area where we now live. And I was getting a hankering to see the ocean again. So Jonathan looked up how to get to the nearest ocean, and after our Sabbath lunch, we loaded up the car with water bottles, camera gear, snacks (for the drive home) and towels*, and set off for unknown destinations. The scenic drive to the ocean took us about an hour, through country neighbourhoods with picturesque glimpses of the Penobscot River popping into view every so often. Then we drove into Bucksport and I was instantly charmed! The small town boasted a Main Street right on the river filled with quaint houses and restaurants. I tried to take pictures as we drove down the street, but luckily we saw an eagle's nest as we headed out of town, and decided to pull over and walk back to take some pictures of the eagles. That turned into a walk back across a small bridge to get a better view of the fort across the river, and eventually - after seeing a sign announcing the best spot to take pictures of the fort and the large new bridge that was being built - we walked back to the car and drove to the designated spot to get a few more pictures.


Once back in the car, we crossed over the impressive new bridge and took a short detour from our intended destination to check out Fort Knox. The fort was interesting, but we didn't stay long since it wasn't open for the season yet. We want to go back when it's open to better experience the historic site and explore inside the fort. 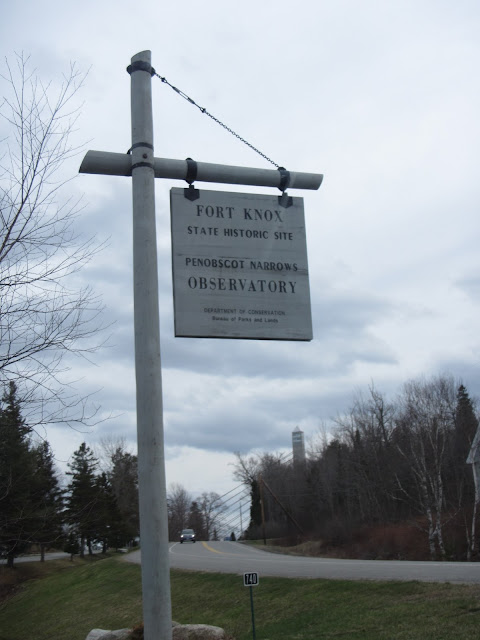 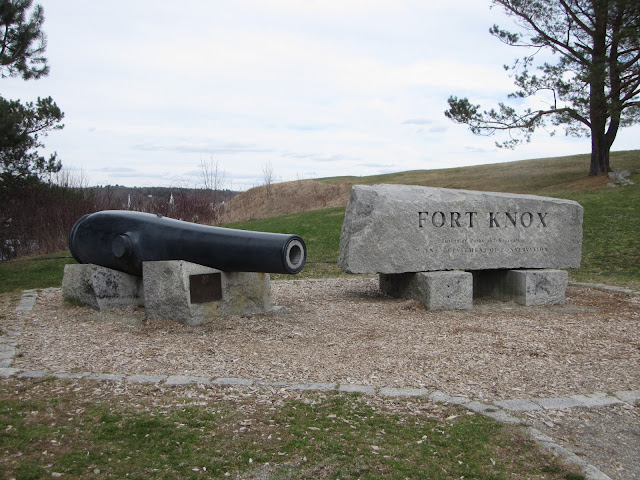 After that short stop, we continued driving on a cliff-top road overlooking the river that led out to an ocean bay. We parked at the entrance to Fort Point State Park, which also wasn't open yet for the season. A sign on the gate told us it would be a mile walk in to the park, so we grabbed our backpack and headed off. We had a pleasant walk to the state park and enjoyed looking around at the area. We examined the foundation of an old hotel that had burned down years ago, saw the site of the old fort, and admired the still-working lighthouse, the only structure still standing in the park. Then we wandered down to a pebbly beach, and clambered over a lot of large algae-covered rocks to a pier, before starting the walk back to our car. We finished the trip off with a meandering drive around the area, looking at the interesting old houses near the ocean, before we headed back to the bridge and Bucksport for our return drive home. 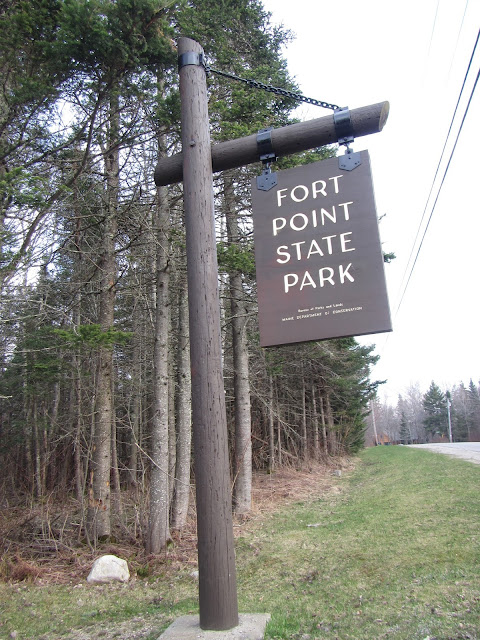 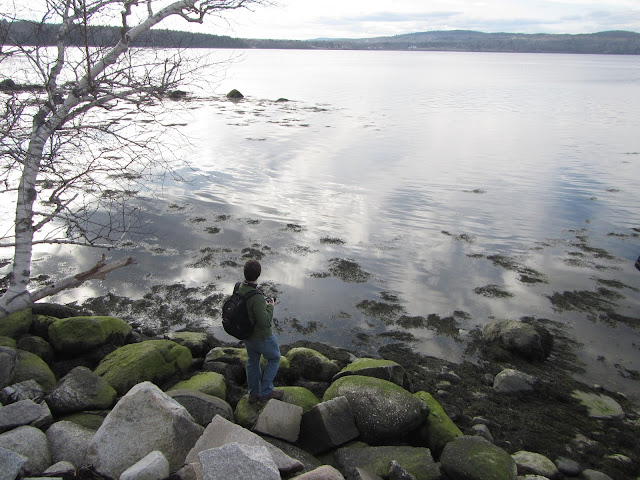 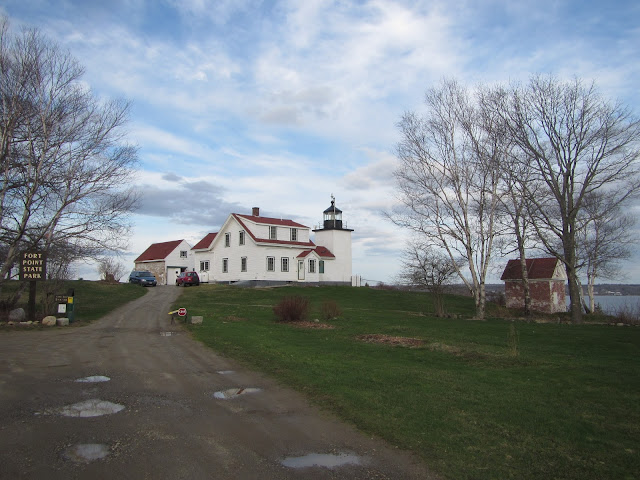 *The towels were to sop up the water that was sitting in the sunroof of my little old Honda Accord after the rain from the night before. We had both gotten a surprising little shower of water falling in our laps that morning when we started off for church - we quickly decided to use Jonathan's van to get to church instead of sitting against wet seats for the half-hour drive...
Posted by Ali at 22:27